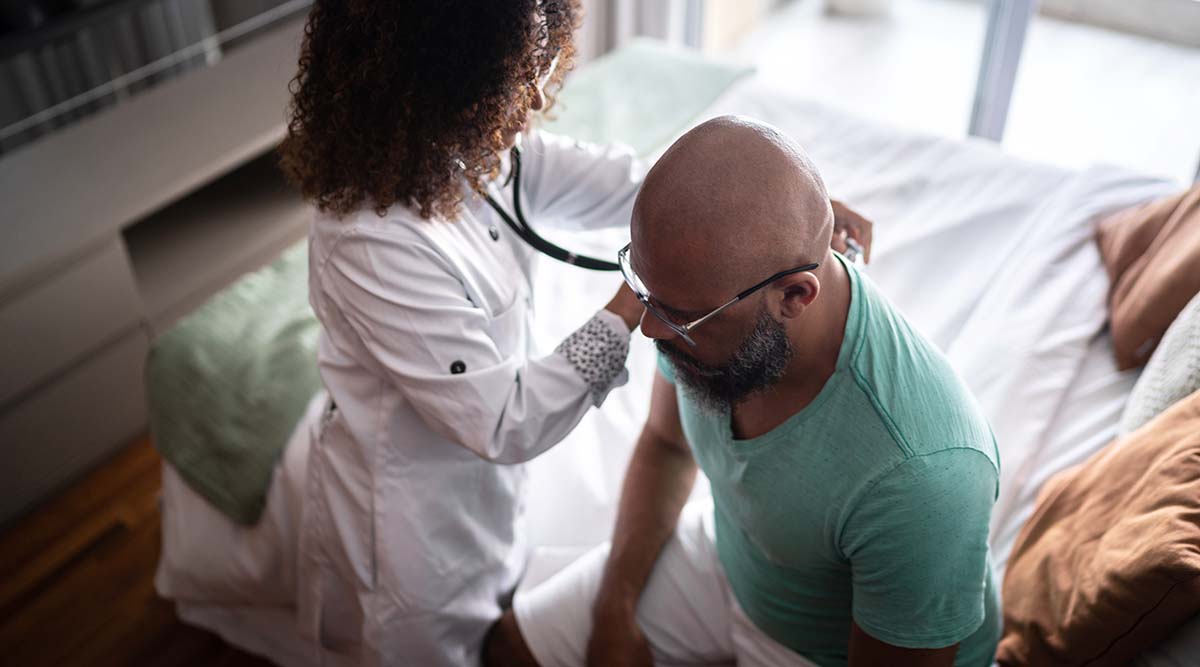 While COVID-19 vaccines and variants continued to capture health headlines, a number of significant scientific research breakthroughs offered promising news in the fight against heart disease, stroke and cardiovascular risk factors. The American Heart Association, the largest non-governmental funder of heart and stroke related research in the United States, has been compiling an annual list of major advances in heart disease and stroke science since 1996.

A complete review of the Association’s top ten picks for leading cardiovascular-related research accomplishments published in 2021 can be found here. An overview of significant research highlights selected by the volunteer medical experts of the American Heart Association, a global force for longer, healthier lives for all, includes:

There’s new hope in the fight against the obesity epidemic.

Some 650 million people worldwide have obesity, a major risk factor of cardiovascular disease, and the problem continues to grow. In June 2021, semaglutide, as a weekly under-the-skin injection, became the first medicine since 2014 to be approved by the U.S. Food and Drug Administration for chronic weight management. A series of studies in 2021 detailed potential weight loss benefits of semaglutide in non-diabetic subjects. Participants of the STEP 1, STEP 3 and STEP 4 trials who were treated with semaglutide were likely to lose significantly more weight – up to as much as 16% of their body weight – compared to as little as 2.4% of body weight loss among those given placebo. In a different approach to obesity, another new study found that people with obesity who underwent bariatric surgery, had a 42% lower risk of dying or having major cardiovascular problems such as heart attack, stroke and heart failure hospitalization, compared to matched peers who did not have the surgery.

Medicines called SGLT2 inhibitors have continued to extend their potential beyond their approved use to treat Type 2 diabetes. Multiple clinical trials throughout the year (including SCORED, SOLOIST-WHF and EMPEROR-Preserved) supported various benefits from SGLT2 inhibitors: a lower risk of hospitalization/urgent care for heart failure or death from heart disease in people with chronic kidney disease and Type 2 diabetes; reduced risk for ventricular arrhythmias, cardiac arrest or sudden deaths among trial participants who had heart failure and reduced ejection fraction; and lower rates of cardiovascular death or hospitalization due to heart failure in people with heart failure with preserved ejection fraction.

Tackling diabetes complications continues to be a priority.

Precision medicine offers new options for protecting the heart from other diseases.

Lifestyle and clinical interventions are key tools to tackling hypertension.

Nearly half of the U.S. population has hypertension, or high blood pressure – one of the leading contributors to heart attacks and strokes. The massive Salt Substitute and Stroke Study from China, involving 600 rural villages and nearly 21,000 people, found that replacing 25% of the sodium chloride in a salt shaker with potassium chloride could reap major health improvements including a 14% reduction in stroke rates. Another large trial from China, reported the potential benefits of tighter blood pressure control among study participants who were assigned to an intensive intervention targeted to lower their blood pressure.

For children and young adults, the pandemic has posed special challenges, in the form of rare but serious conditions linked to the virus or to two of the vaccines. A European study published in Circulation identified a newly emerging, coronavirus-related condition — multisystem inflammatory syndrome in children. MIS-C can cause dangerous inflammation in the heart, lungs, kidneys, brain, skin, eyes and other organs. The new syndrome's most common cardiac implications included arrhythmias, shock, dilated coronary arteries and fluid buildup in the pericardial sac around the heart. Other research sought to better understand cases of myocarditis, or heart muscle inflammation, arising after vaccination with either of the new mRNA vaccines. Overall, the risk of myocarditis after vaccination was low, the studies concluded, and most cases were mild or moderate and eventually resolved.

While flu vaccines are highly recommended for people with cardiovascular disease who are at high risk from the flu, a new study found the vaccine may offer extended protection beyond flu season. Researchers found that people vaccinated against the flu within 72 hours of a heart attack or invasive coronary procedure were 28% less likely to have a heart attack or a dangerous clot in a coronary stent or die of any cause over the course of the next year, compared to people who received a placebo vaccine. Those who received the flu vaccine were also 41% less likely to die of cardiovascular disease.

It’s long been known that time lost is brain lost in treating strokes and two studies in 2021 examined efforts to shave minutes off the time from stroke onset to initiation of therapy. Both reported better patient outcomes. One study conducted in Houston and six other U.S. urban centers examined mobile stroke units, ambulances with specially trained staff, a CT scanner and laboratory testing equipment that allows for stroke diagnosis and treatment in the vehicle. A study from Spain found that people having a stroke who were transferred directly to a hospital angiography imaging suite, bypassing the emergency department and conventional imaging, were treated more quickly with a procedure to restore blood flow to the brain.

Researchers continue to explore the appropriate dosage and length of time for using antiplatelet medicines. An international trial called MASTER DAPT found that after coronary angioplasty and implantation of a particular type of drug-eluting stent, shortening the time patients who were at high risk of bleeding received dual antiplatelet therapy to one month appeared to lower that risk without increasing risks for heart attack, stroke and death. Research from Michigan found that people with atrial fibrillation or blood clotting in the veins (venous thromboembolism) but no recent heart attack or history of heart valve replacement who were using direct oral anticoagulants revealed that over an average of almost 21 months, those also taking aspirin had a higher risk of bleeding problems and related hospitalizations without an improvement in clotting rates.

A single pill for cholesterol and BP may help prevent heart disease.

A large international study found that a "polypill," taken with aspirin, was associated with a 31% lower risk of cardiovascular death or events including heart attack, stroke, cardiac arrest and heart failure. The polypill contained four medications: simvastatin, which is used to treat high cholesterol and triglycerides, and the blood pressure medicines hydrochlorothiazide, atenolol and ramipril.

Krames is proud to share this guest blog from the American Heart Association. This article was originally posted at https://newsroom.heart.org/news/risk-factors-treatments-covid-complications-among-2021-top-heart-disease-stroke-science

Studies published in the American Heart Association’s scientific journals are peer-reviewed. The statements and conclusions in each manuscript are solely those of the study authors and do not necessarily reflect the Association’s policy or position. The Association makes no representation or guarantee as to their accuracy or reliability. The Association receives funding primarily from individuals; foundations and corporations (including pharmaceutical, device manufacturers and other companies) also make donations and fund specific Association programs and events. The Association has strict policies to prevent these relationships from influencing the science content. Revenues from pharmaceutical and biotech companies, device manufacturers and health insurance providers and the Association’s overall financial information are available here.