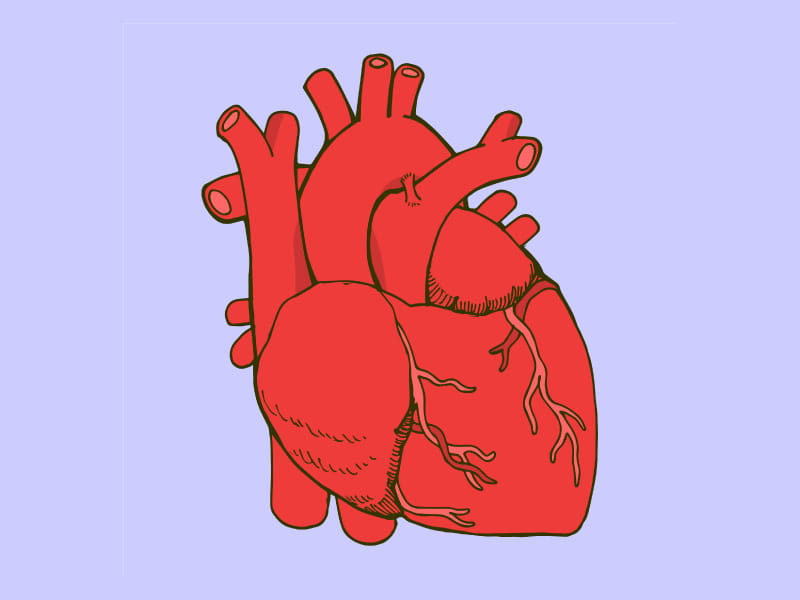 Gene abnormalities may make some people more susceptible to myocarditis, a rare type of heart inflammation that can affect young people and athletes, a large new study shows.

In the rare instances when it happens, myocarditis "often affects young patients in the prime of life, and we've never understood why," said senior study author Dr. Sanjay Prasad, a professor of cardiomyopathy at the Imperial College London in the United Kingdom. He also is a consultant cardiologist at Royal Brompton Hospital in London.

The new, population-based study suggests that "it's not just random," he said. "For a subset of people, there's a gene that predisposes them to this, or makes them susceptible."

Myocarditis, an inflammation of the heart, frequently is triggered by a virus. The condition can progress to heart muscle disease that weakens the heart and its ability to pump blood. Myocarditis usually resolves on its own or with treatment, but in some cases it can cause lasting damage. It also can be fatal.

Previously undetected and untreated myocarditis has been identified as the cause of sudden death in 8% of 1- to 17-year-olds and 9% of athletes. Postmortem studies suggest it may be responsible for 3% to 12% of all sudden cardiac deaths.

Studies have found a small but increased risk of myocarditis following COVID-19 infection and an even smaller, but still elevated, risk after COVID-19 vaccination.

Researchers analyzed DNA sequencing data for 336 people with acute myocarditis and 1,053 healthy people in the U.K. and the Netherlands, looking for genetic variants associated with the two types of cardiomyopathy. Both groups were predominantly men.

The participants were followed for five years. Among those who had myocarditis, 8% – or 1 in 13 – had genetic variants associated with the cardiomyopathies, compared with fewer than 1% of those without myocarditis.

If supported by other studies, the findings could impact care for people with myocarditis and their families, the authors said.

"These findings suggest there should be a low threshold for genetic testing in patients who present with myocarditis – particularly when there isn't an obvious reason for it," said Dr. Amrit Lota, the study's lead author and a consultant cardiologist at Royal Brompton Hospital.

People with a family history of myocarditis or cardiomyopathy – along with young patients with poor heart function, frequent heart rhythm disturbances or who have a lot of scarring on heart MRIs – also should be considered for testing, he said.

Dr. Adam Helms, a cardiologist and assistant professor at the University of Michigan Frankel Cardiovascular Center in Ann Arbor, said he routinely conducts genetic testing on patients with myocarditis for his research and was not surprised to see genetic variants associated with the condition. Helms was not involved in the new study.

"What this study did was they found it to be true in a very large cohort," he said. "This presents a strong case for genetic testing."

Knowing someone has a genetic variant associated with myocarditis could affect the type of treatment provided, he said.

"Sometimes cases of myocarditis are treated with immunosuppression," Helms said. "But this is not the best way to treat hereditary cases. There are no studies to suggest those cases would improve."

Medications such as beta blockers might be more effective for people genetically predisposed to myocarditis, Helms said, because they may have a higher risk of future heart problems, such as heart failure.

Prasad said his team was continuing to follow the people in this study – as well as expanding it to include more patients – to find out how those with the genetic variants fared over the long term. Future investigations also would analyze data across ethnicities and gender to look for differences among specific groups.

Krames is proud to share this guest blog from the American Heart Association. This article was originally posted on